Energy and the environment problems in usa are closely linked

We hear so much these days about acid rain, smog, global warming, and the greenhouse effect that it can be overwhelming.  But the fact is there are many things we can do ad individuals which will make a significant difference. Are remember, there are about 50 million of us in Ukraine who can make that difference. Our atmosphere traps heat, some the gases in our air prevent the heat that arrives from the sun from returning to space. But excess amounts of these heat-trapping gases could effect our climate by globall warming. We add to greenhouse gases, especially carbon dioxide, in our normal, everyday life by burning fossil fuels-gasoline, fuel oil, natural gas, coal and propane. 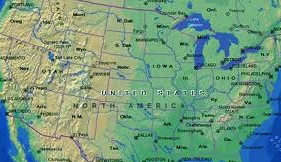 The more fuel we use, the more carbon dioxide we produce. Carbon dioxide is responsible for about half of global warming (carbon dioxide – 49%, nitrous oxide – 6 %, methane – 18%, chlorofluorocarbons – 14%, other gases – 13%).

Greenhouse gases are derived from human activity. We all can do a great deal to help reduce the carbon dioxide emissions that we cause.

We can reduce emissions by conserving energy or using energy more efficiently in all of these areas. We can drive our cars less, use less energy to heat and cool our homes, use less electricity at peak hours.

Coal, petroleum and natural gas are called fossil fuels. These fuels come from plant and animals that died millions of years ago. In the ground, the carbon in these decayed plants and animals remains inert. However, when we born fossil fuels to produce useful heat, we produce carbon dioxide and thus increase its presence in atmosphere.

Environmental problems in usa, Nuclear energy does not depend on fossil fuels. Uranium, the fuel used in nuclear reactors, is a metal. Atoms of uranium are split, producing heat that is used to make electricity. Uranium is non-renewable, but contains no carbon and gives off no carbon dioxide.

Fossil fuels are non-renewable: use them once and they are gone forever. There are alternative sources of energy that are renewable: the sun = solar energy, the wind power, the earth = geothermal energy, water= hydropower, waste = biomass.

Environmental problems in usa is perspective question of our text.

Automobiles are the chief cause of traffic congestion in urban areas, and their exhaust fumes contribute heavily to urban air pollution. Many cities plaguet by traffic jams and air pollution have taken steps to reduce automobile traffic in their downtown areas. The USA government has established pollution-control standards for new cars. These standards require automakers to manufacture cars that give off cleaner exhausts than earlier models.