Automobile is the most important means of personal transportation for many millions of people around the globe. Worldwide, there are more than 400 million passenger cars plus more than 100 million light trucks, such as vans and pickups. People depend on their cars and trucks to travel to and from work, to run errands, to visit friends and relatives, and to take vacations.

The United States, Canada, Japan, Western European countries, and other developed nations have the most automobiles. But even in developing countries, more and more people own cars, and bumper-to-bumper traffic clogs the streets of big cities in many of those countries.

The automobile helped give people the freedom to live, work, travel wherever they wanted. It ended the lonely lives of farm families by placing neighbours, cities and towns within by reach. The story of automobile led to growth of suburbs, motels shopping centres, superhighways, drive in restaurants. 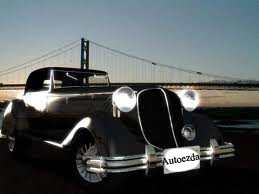 But along with all the glories of the automobile culture came serious problems. Car accidents killed and injured at an alarming rate, exhaust fumes fouled the air, and the roar of the city traffic became nerve-racking.

Some people yearned for the old days before the automobile, when the life seemed simpler, slower, and gentler. But there could be no going back. The automobile has become woven into the fabric of modern life. And the auto industry itself has become basic to the economic well-being of developed countries. Today many developing nations also seek to set up an automotive industry because it generates and supports wide range of businesses and so can stimulate economic growth.

Story of automobile, the first cars.

During the late 1700s, the development of steam-powered engines progressed rapidly in Europe. Nicolas-Joseph Cugnot, a French military engineer, built the first self-propelled road vehicles in 1769 and 1777. One was designed to carry passengers, and the other was a three-wheeled steam tractor for hauling artillery.

Numerous attempts in England to promote the use and development of steam cars failed because of competition from railroad. Early steam cars damaged roads and sometimes blew up. They also made a terrible racket, dirtied the air with smoke and frightened the horses.

Steam cars had big disadvantages, at first, it look too long for the fire to heat the boiler. Inventors solved this problem but others remained. Besides, these engines cost much to build and to maintain.

About 1891, William Morrison built the first successful American electric car, a six-passenger vehicle powered by batteries under the seats. Electric cars were quiet, easy to operate and free of smelly fumes. But the batteries limited how far or fast electric cars could go.

The birth of the automobile industry occurred in 1885, the year Daimler and Benz built their successful gasoline engines.

Technological advances came quickly after the birth of the auto industry and helped make cars safer, more comfortable and easier to operate. One major development was the introduction of the electric self-starter, which ended the need to insert a crank into the front of the engine and then turn the crank by hand until the engine started. Hand cranking was difficult, troublesome and dangerous.

Economic importance of the auto extends far beyond making cars. The manufacture of motor vehicles alone provides millions of jobs worldwide. But supplier industries provide even more jobs than does manufacturing. And still more millions work in such related businesses as service stations, repair shops, and car agencies. For example, the auto industry and more than 500000 related businesses in the USA employ about 12 million workers – about a tenth of the USA labour force.

Manufacturing jobs in the auto industry generally pay well and offer good benefits regarding vacations, insurance and retirement. Production workers earn the most money and receive the best benefits in developed countries. But even in story of automobile developing nations, workers make two or three times more in automotive production than in other manufacturing activities.

The auto industry also aids many countries economy by its huge consumption of the output of other industries. For example, the typical car requires more than 680 kg of steel, 230 kg of iron, 90 kg of plastics and 45 kg each of rubber and aluminum.

Automobile manufacturing can spur growth in developing countries because it generates and supports a broad range of businesses. Three main activities can be established – manufacturing, selling and servicing.

Major producing countries and companies. In the major of its products automobile industry leads all other manufacturing industries in Japan, the USA and some other countries. Most developed nations produce motor vehicles. Many developing nations also manufacture cars and trucks or assemble them for automakers of other countries. In addition, more than 100 countries make parts and components.

European producers include Jaguar of Great Britain, Mercedes Benz, Audi, Volkswagen, BMW, and Porsche of Germany, Saab and Volvo of Sweden, Peugeot and Renault of France, Fiat of Italy.

Story of automobile in Europe here.